Building in a Chapel

The GSA feels strongly about maintaining the architectural integrity of the space, while at the same time working to meet the needs of the diverse graduate student population. As a former chapel, this space has been de-consecrated. Upon opening, the GSA held a multi-faith opening ceremony. The stained glass and vaulted ceilings give the space a majestic feeling and will create a place of honour on campus for graduate students.

This project has been funded by multiple sources with a great deal of support from across the university and Saskatoon community. Funding has come from;

The GSA Commons renovation has been documented through pictures… 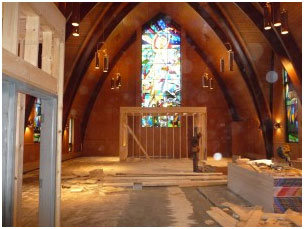 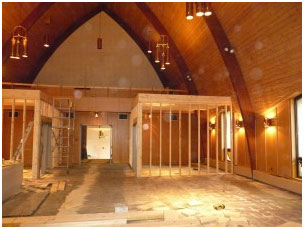 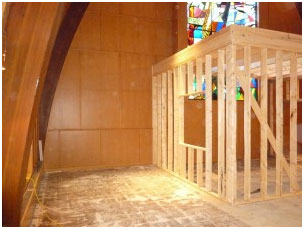 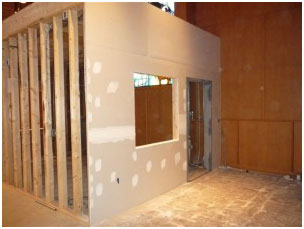 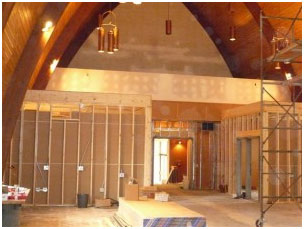 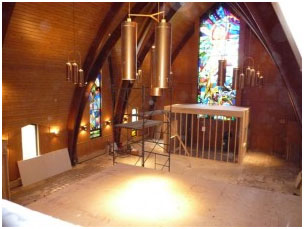 A Brief History of Emmanuel College and St. Chad Chapel

Emmanuel College was founded at Prince Albert in 1879 by Rt. Rev. John McLean as a “training College for Native Helpers.” In 1909, Emmanuel College moved to Saskatoon (where, since 1883, it was known at the University of Saskatchewan), and a number of temporary frame buildings were erected for the College on Elliott Street, south of the University.

The buildings included a small chapel, a lecture room, a dormitory, and some private residences. They constituted what was colloquially termed “the college of shacks.” In the summer of 1911, the chapels and other temporary buildings were moved to the University grounds.

St. Chad College was established in Regina in 1907 for the training of divinity students. It amalgamated with Emmanuel College and moved to the Saskatoon campus in 1964. The Chapel of St. Chad was designed by Webster, Forrester and Scott of Saskatoon and constructed in 1965 and 1966.

Emmanuel College has a unique history and relationship with the University of Saskatchewan. In 1883 by an Act of Parliament, Emmanuel College was incorporated as “The University of Saskatchewan.” When the provincial university was established in Saskatoon in 1909, the Synod decided to relinquish its title and opt for affiliation to the new university. The Emmanuel and St. Chad buildings were vacated in 2005 when they joined the Saskatoon Theological Union. The college building and St. Chad chapel along with the old neighboring Rugby Chapel were purchased by the university in the fall of 2006 and the Emmanuel and St. Chad space earmarked for the Graduate Students' Association (GSA).

During a presentation to University Council in 2007, Janice Victor, the then President of GSA stressed the importance of a new, prominent space for graduate students to assemble. This space would be great for hosting social functions, presentations, events and casual socialization and studying. Following the meeting, a faculty member, who requested to remain anonymous, was said to have handed Victor a cheque toward the cause in appreciation of all graduate students for the support they provide faculty.

Information about this was gathered from the university archives site (Emmanuel College and St. Chad Chapel) and On Campus News Article “Space earmarked for grad students Emmanuel and St. Chad to be renovated.” Vol. 16, Iss., 7 November 14, 2008.